(I had this saved to my drafts folder, but never actually published it. Here it is, better way late than never. I've got another post queued up for February links that I'll post later this week. I'm not going to edit it, but I didn't end up getting the newsletter together for this post, which is why I delayed it. I've got it going now, and will be sending out the first issue this week as well.)

A couple quick items of house-keeping before we jump straight into it: the first thing is that this is the first month that a post in the Monthly Fascination series will be accompanied by an issue of my all new newsletter. Christened "Frequent Fascination" to tie it into this series, as well as lean into my love of alliteration, it will consist of a list mix of content from this post as well as a few other things that other may find interesting. It's the first time that I've tried to do something like this and I'm interested to see how it goes. If you're interested, you can sign up here. Secondly, I'd love to hear some feedback on these posts. Are they worth while? Does the format work? Should they be more…or less? Whatever you think, drop me a line. 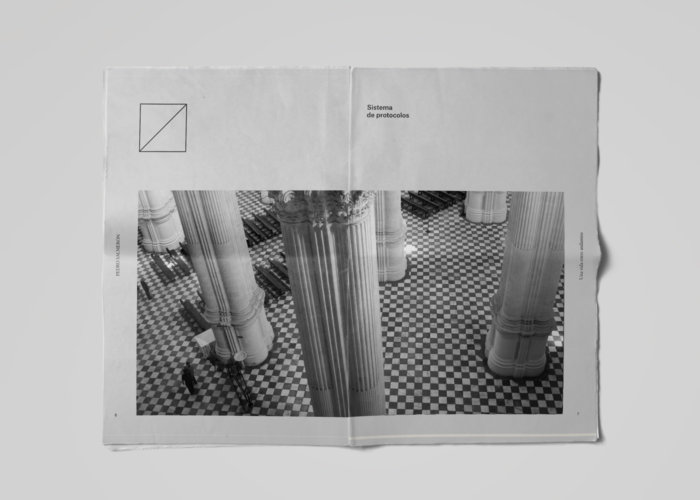 I was really drawn the simplicity and flexibility of this system for the architect Pedro Salmerón. Speaking from experience, it's such a challenge to create identities for creative practitioners of any sort. Consisting of basic rectangles and 45 degree slashes to structure space, with subdued textures and a very neutral palette to round everything out. The designers at Buenaventura did an excellent job creating something interesting that also lets the architect's work take center stage.

A Map of Every Building in America by the NY Times

A fascinating project. Maps that don't answer questions, but instead suggest them. The thing that really sticks out to me is the interplay between humans trying to structure the environment and also being structured by it at the same time.

With our global culture increasingly dominated by nationalistic fascists, the discussion of what ties out together as country(wo)men has never been more important. What if we didn't pledge unwavering allegiance to symbols that come laden with centuries of burden? A project by the Puerto Rican design firm Muuaaa suggests that maybe we should find strength in our own beliefs and symbolism. Leaning on a system that generates flags from a subset of an individual's choosing, the studio created a way for people to walk away with their own national identity.

That's it for this month. I hope that you found some of these tidbits stimulating, or at least interesting. Let me know either way, and thanks for your time.