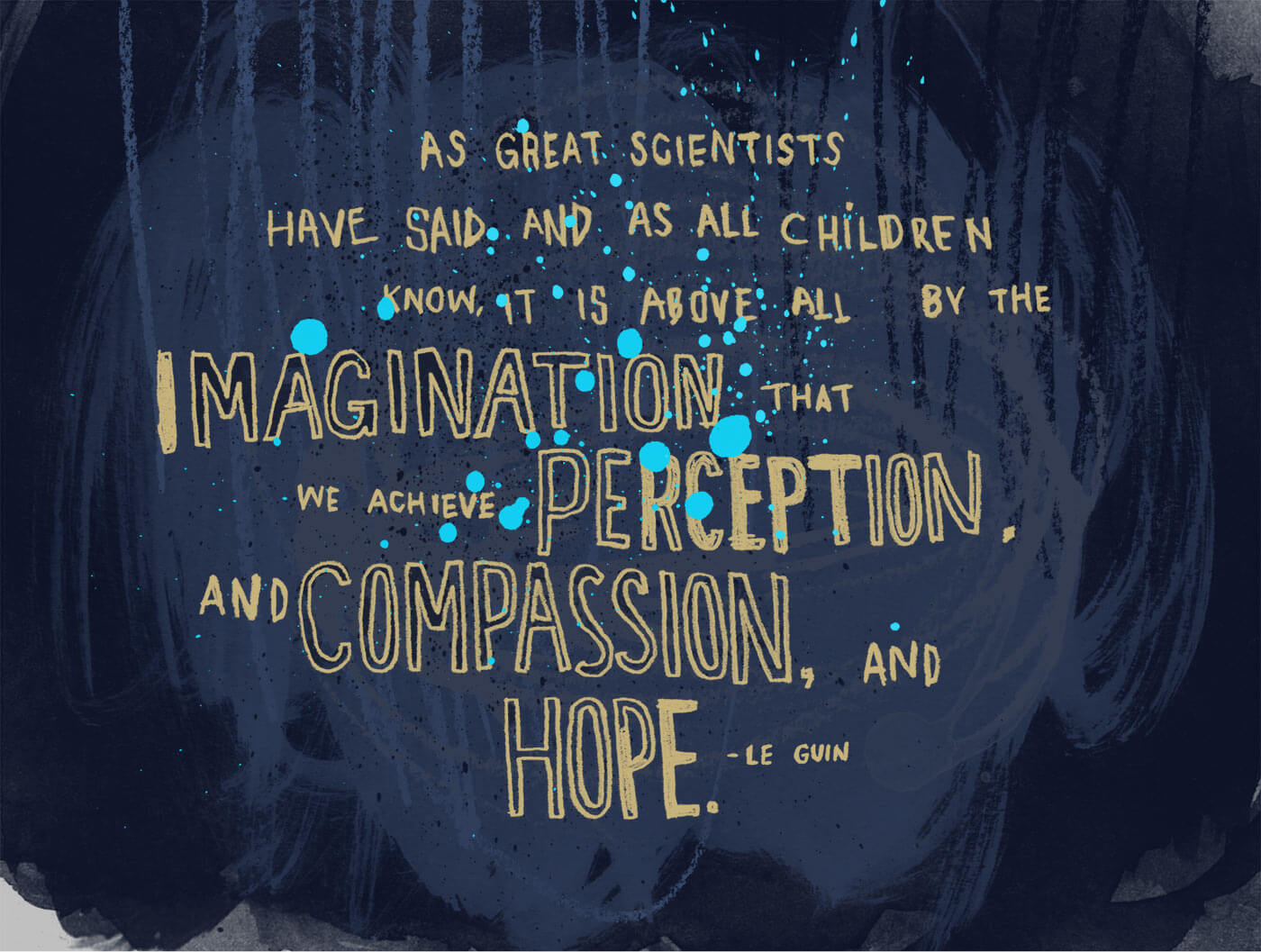 I've been thinking about the death of Ursula K. Le Guin and her affect on me. I discovered her books—specifically The Wizard of Earthsea—at a relatively young age. What age exactly I don’t quite recall, but certainly in that formative period of between 10 and 12 years old. While at the time I didn't really have any knowledge of Le Guin's work, the book resonated with me a way that few did from that period of life. After I had finished the book, I strongly call a feeling of, this is good, this is different.

What I loved about The Wizard of Earthsea was its humanity. Ged, the protagonist of the first book in the series, is of very humble origins. Throughout the book he struggles with purpose and ambition, greed, selfishness, and ultimately a path to personal redemption. Far removed from typical mythological or fantastic tropes, he follows a winding path that returns as often to internal conflict as it does external forces. In fact, all of the Earthsea books that I've read don't have a typical MacGuffin like so many fantasy and science fiction books. Instead Le Guin uses the tool of fantasy to focus in on the human condition, as all of the best genre writers have done before and since.

After finishing The Wizard of Earthsea, I moved on to other authors. I don't recall why, whether it was ignorance of other books in the series or even if I had not thought to see what else Le Guin might have written. Three or four years ago, however, I picked the book up again and read it absolutely enthralled. It seemed like an entirely different book; one with so much more depth and subtlety than I recalled. After finishing it, I move on to the second and third books in the series. Each was different but fascinating in its own way.

In reading some other's impressions of Le Guin's writing over the past week, I'm realizing the tremendous impact that she had by being an incredibly outspoken champion of female voices in genre fiction. She also wrote nuanced stories that centered around non-white characters and stories that explored gender. I wish that I could say that her writings had impacted me in that way. In truth, I haven't read the books where those issues are central themes but I'm looking forward to doing so. Regardless, it speaks to the myriad ways in which Le Guin challenged assumptions and spoke out for under-represented groups.

The world is certainly a less magical place, having lost the voice of Ursula K. Le Guin. Now is one of the times when we could most use her. With any luck, the people that have been influenced by her will rise to the challenge of shaping this world into a greater place in ways that we can't imagine.

I created the image at the top of this post for my New Years card last year. It's one of my favorite lines from Le Guin, and remains extremely relevant and poignant. If I learned nothing else from Ursula K. Le Guin, it's how to imagine ways in which things might be different from how they are now. If you've made it this far, I hope you'll also do the same.