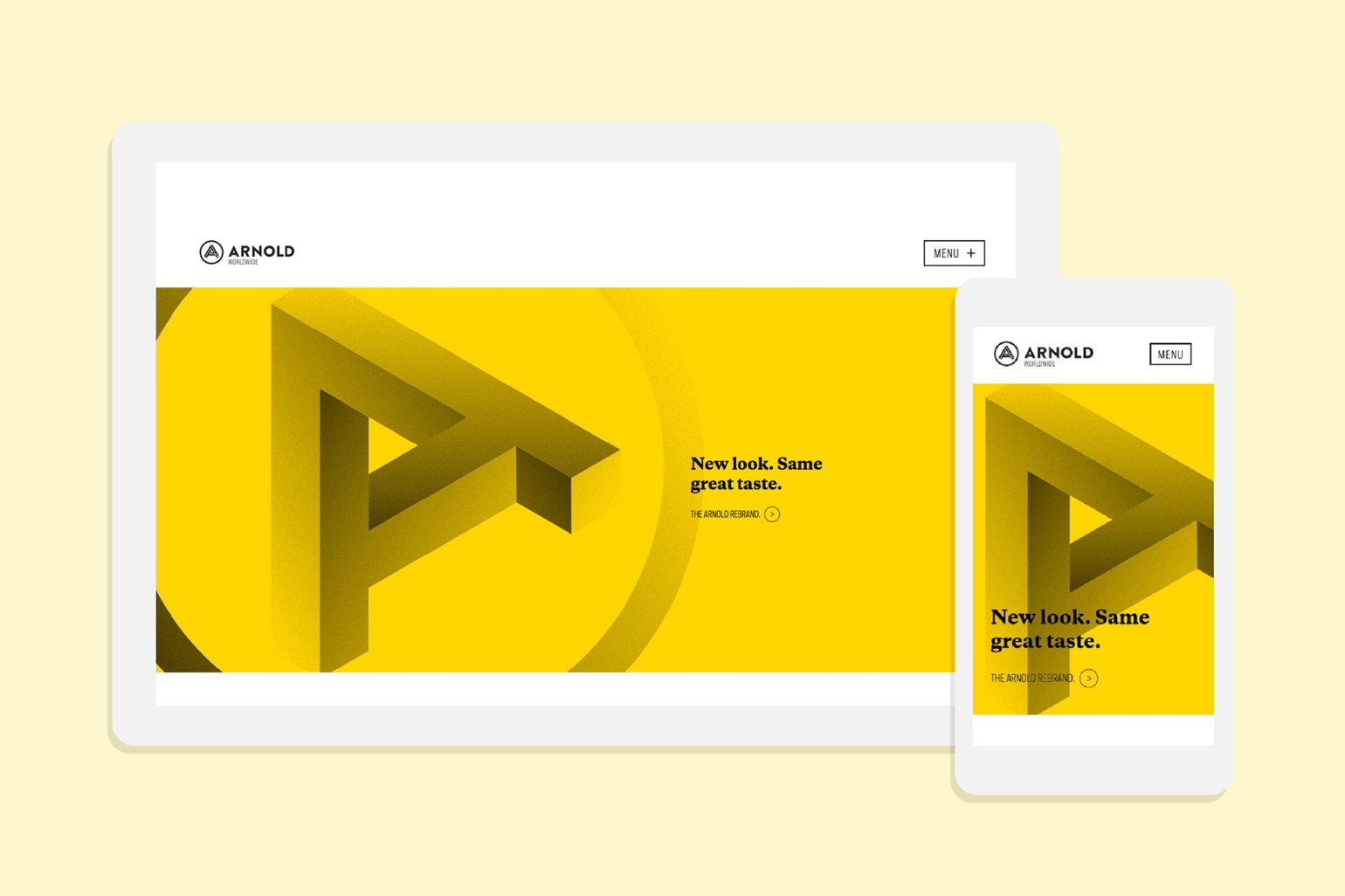 As the saying goes, the cobbler's children have no shoes. So it was with Arnold Worldwide, which had the same positioning and identity for nearly twenty years. As efforts to rebrand launched, an obvious necessity was a new website. Following an audit of the previous site—which was found to be difficult to update and maintain—I led working sessions with key stakeholders and other agency creative leads to determine the goals for the new site. We identified employee prospects and potentials clients as key targets, which informed much of the overall strategy. In addition, we aligned with other brand efforts that established the tone and voice for the site. As the design evolved, I worked closely with the client teams to manage content development, as well as working to meet needs from other internal groups. Throughout the process, I managed a small team of designers and developers to shepard the site towards relaunch—keeping the site in-step with the overall rebrand launch. Following launch, we've been excited to hear lots of great feedback from outside as well as inside the agency, and have continued to refine the site. 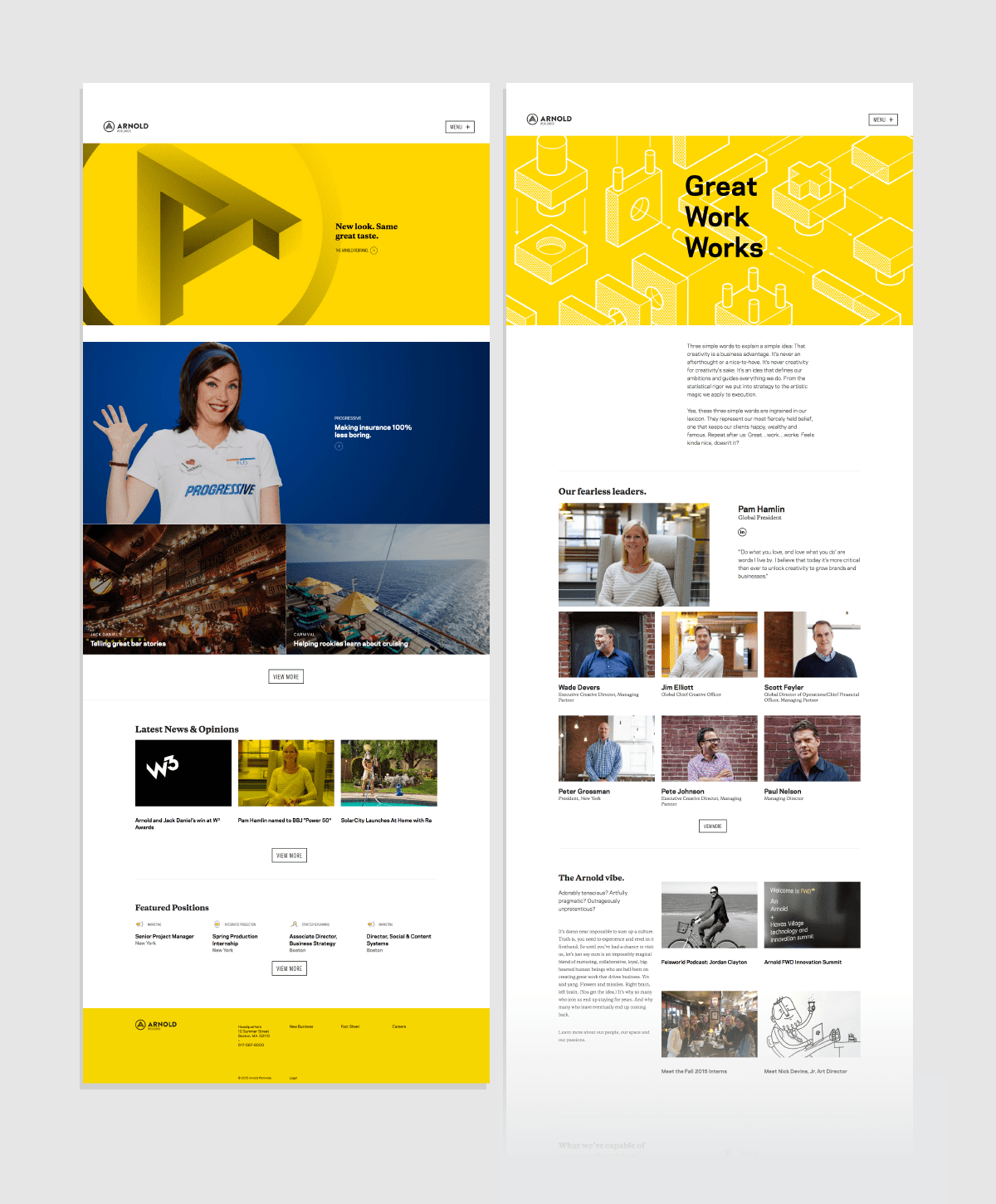 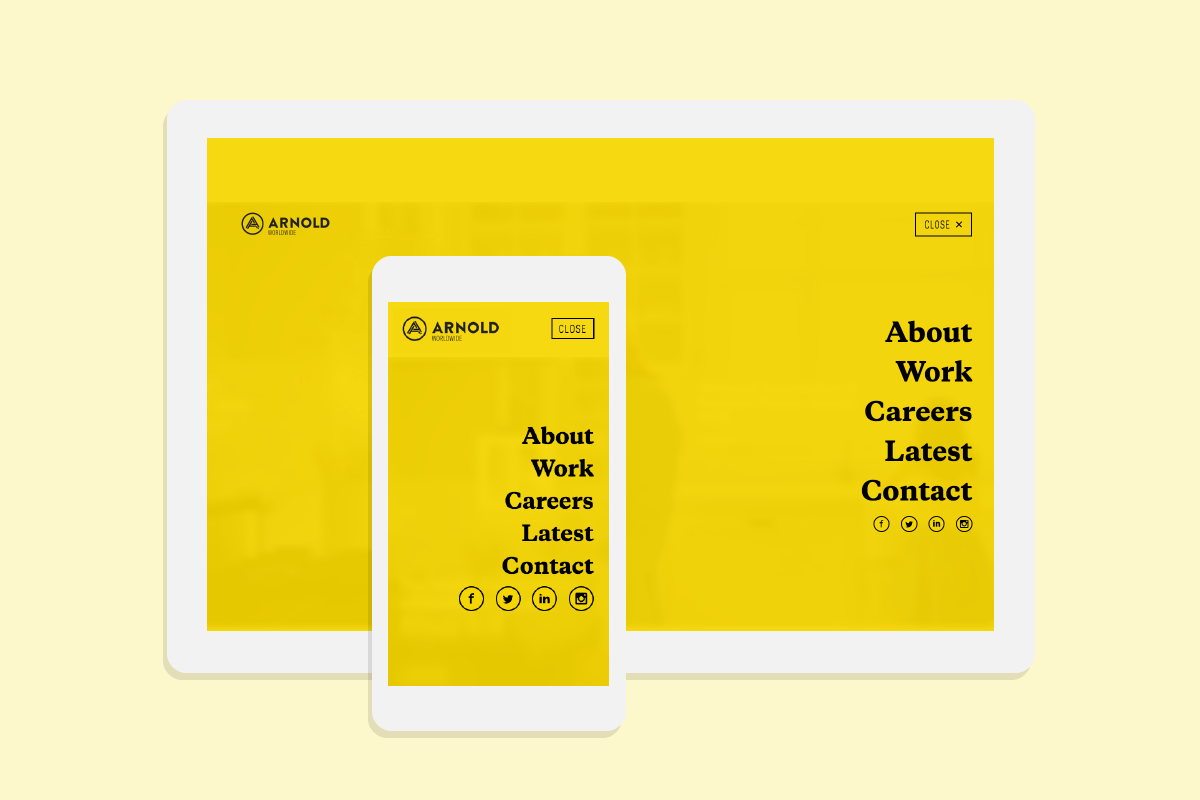 One of the high priorities throught the design and development of the site was a flat structure that allowed easy navigation throughtout the content. To that end, the navigation has only five main items, and relies on on-page content for secondary navigation. 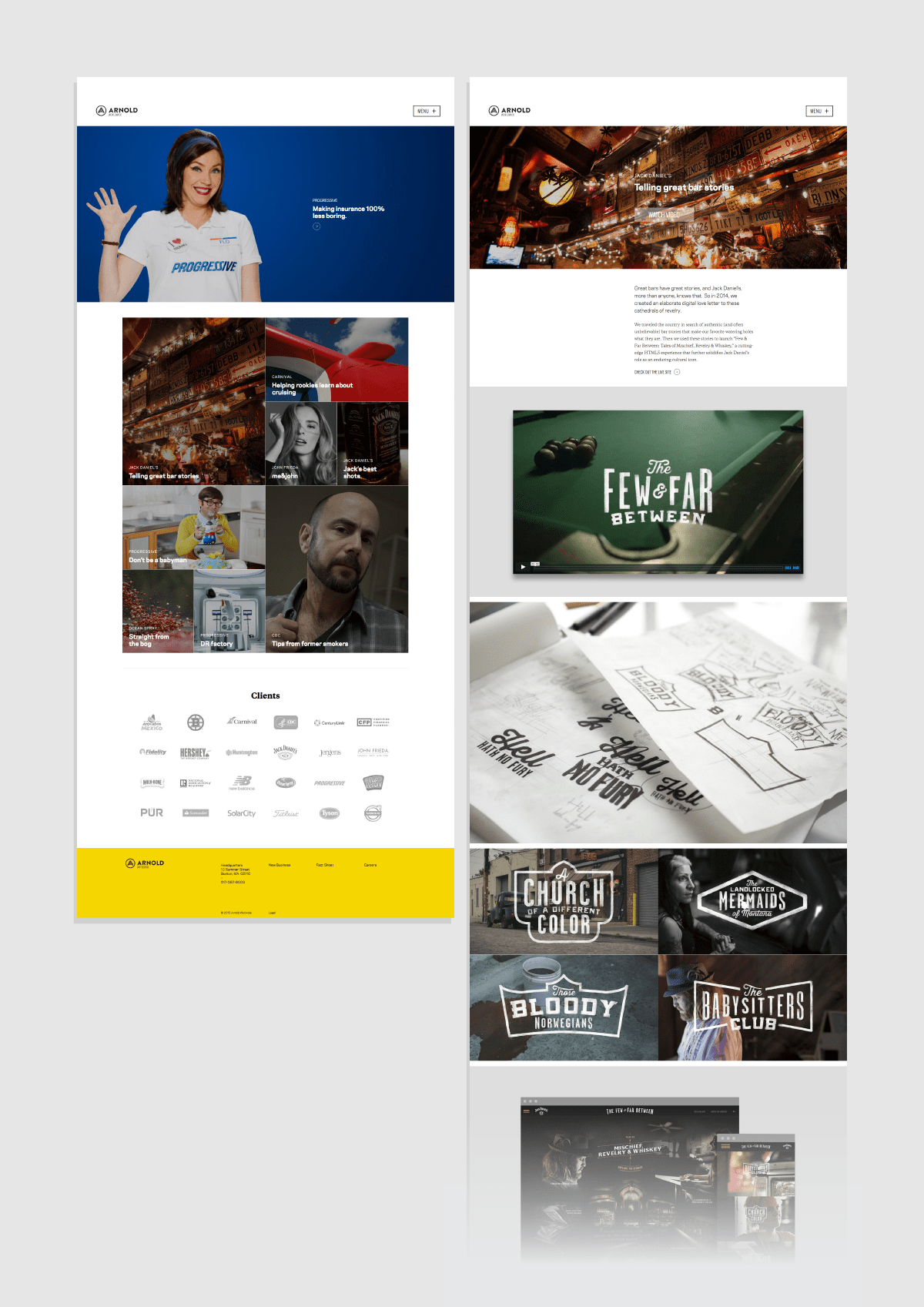 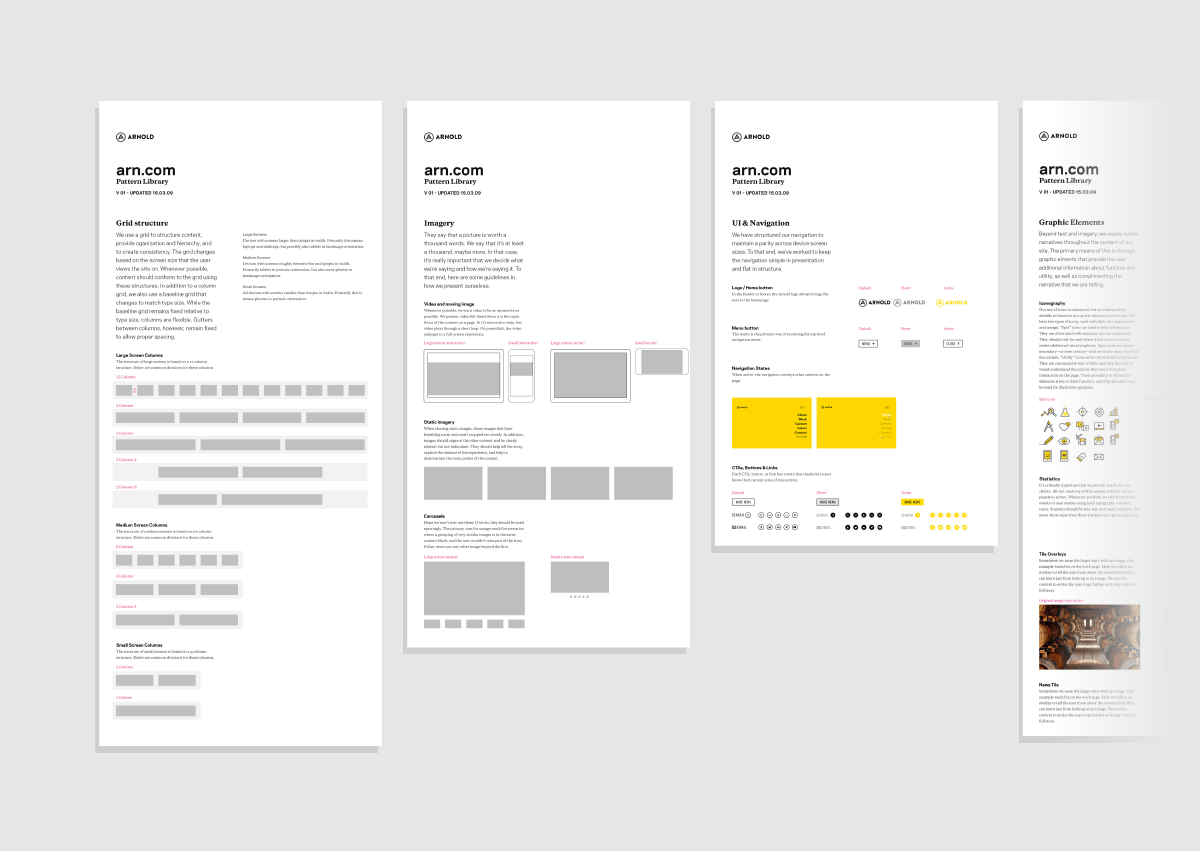 To create consensus, gain a shared understanding among design and development, as well as fascillitate future expansion, a pattern library was developed for the site. It was a living document that enabled all members of the team to work in an efficient manner, regardless of role.